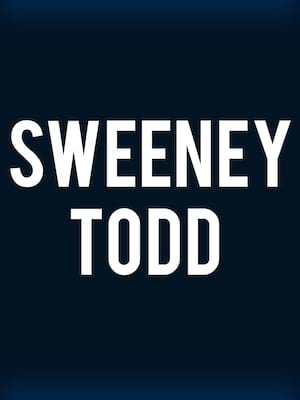 Set in a dark and gloomy 19th century Victorian England, Sweeney Todd is a frightening and entertaining thriller that focuses on a murderous barber. The grim tale of Sweeney Todd dates back to 1846, where the character was a villain in the book The String of Pearls. The chilling story follows a 'demon barber' who kills his customers only for them to end up in meat pies and has since been re-told many times. Now, it comes to The Muny for the first time ever.

After its dazzling Broadway 1979 debut, the production won eight out of nine Tony Awards that it was nominated for as well as nine Drama Desk Awards.

Sound good to you? Share this page on social media and let your friends know about Sweeney Todd at The Muny.