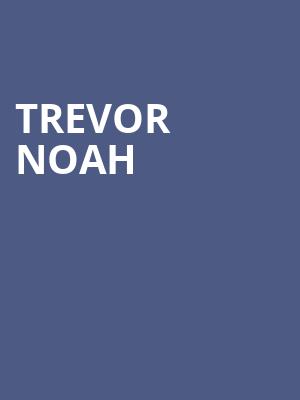 By popular demand, Trevor Noah is back on the road in 2023, under the banner of his Off The Record Tour. Expect a hilarious evening featuring Noah's famed sharp wit and intelligent commentary interlaced with unmistakable charm. Covering a range of topics from politics to race and his childhood in South Africa, you can be sure he'll touch on any breaking news to ensure every single show is a bit different from the last.

As host of The Daily Show since 2015 Noah has established himself as one of the world's top comedians, with his daily observations beamed onto screens across the globe. With 75 sold-out US shows under his belt in the last few years alone, it's safe to say Noah is an unmissable heavyweight!

Suitable for ages 14+ due to mature themes

One hour and 30 minutes

Anonymous: “Does not disappoint”

I was fortunate enough to get tickets to see his performance. As always,... more

Sound good to you? Share this page on social media and let your friends know about Trevor Noah at Stifel Theatre.