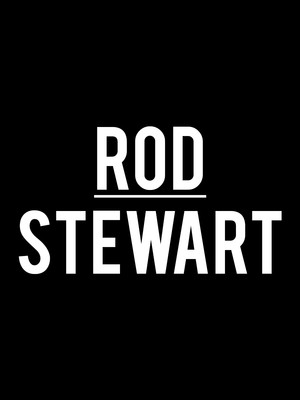 There's a rollicking charm to Rod Stewart, a combination of his plain-speaking directness, his spirit-raising showmanship and the fact that the septuagenarian can still deliver on both while wearing leopard-print trainers and sequins.

The legendary Rod Stewart is back on the road! Expect to hear all your favourite classic singles spanning several decades of his Rock n' Roll life.

With an estimated 250 million in album and single sales, Rock and Roll Hall of Famer Rod Stewart arguably possesses one of rock's greatest and most distinctive voices. With that immediately recognizable husky voice, the gravel-toned wonder has successfully commanded nearly every genre of music including folk, rock, soul, R&B, blues and more.

Stewart first found fame in the late 60's singing with The Jeff Beck Group and the Faces. The quintessential rock 'n rolling frontman, his solo work gathered steam alongside his band career, eventually overtaking to see the crooner become one of the best-selling solo artists of all time. He's also received a Brit Award, a Grammy Award and been hailed as one of the top 10 singers in musical history by Rolling Stone.

I waited 50 years to see Rod and he didn’t disappoint. Ok he may walk... more

Sound good to you? Share this page on social media and let your friends know about Rod Stewart at Hollywood Casino Amphitheatre.