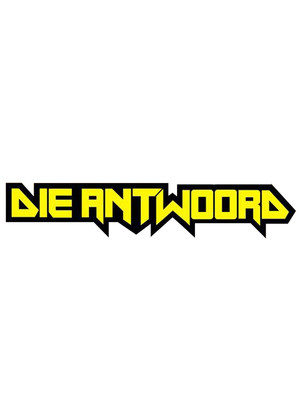 Possessed of a defiant punk zeal, they are seen as unapologetic performers whose two-fisted punch impact - especially in their incendiary live performances - is entertainment as thrilling as that of any other duo that comes to mind.

Look at any review of a Die Antwoord concert and there's one word which keeps cropping up - "incendiary". The South African rave-rap duo have built a formidable reputation for their high-energy live performances, which take the no-holds-barred spirit of their albums and multiplies it by about a million. Alongside their viral-ready videos (the Lady Gaga pillorying Fatty Boom Boom) it's this ferocious commitment to live performance which has elevated the group to its current cult status.

Die Antwoord is formed of Ninja and Yolandi, with the masked DJ-Hi-Tek their unofficial third member. Their music is a vigorous assault on taste and the eardrums, always twisted and frequently hilarious.

Sound good to you? Share this page on social media and let your friends know about Die Antwoord at The Pageant.