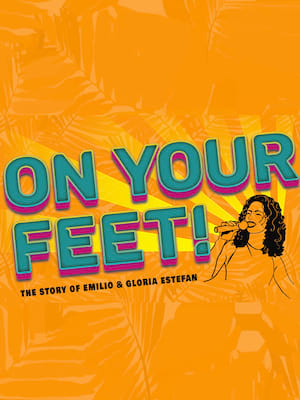 On Your Feet! is a universal sensation that shows what can happen when two people believe in their talent, music and one another.

Why See On Your Feet?

The Inspirational Story of One of the Greatest Artists of All Time, Gloria Estefan

On Your Feet is both touching and inspiring as it follows Cuban-American songstress Gloria Estefan as she battles the highs and lows of making it in the music business. As lead singer of Miami Latin Boys, Estefan began to gain notoriety and success with the release of their hit single 'Conga' in 1985.

Gloria Estefan married her bandmate, Emilio Estefan in 1978 and has gone on to receive many accolades over the course of her career. She has won three Grammy Awards, received a star on the Hollywood Walk of Fame and been awarded with an American Music Award for Lifetime Achievement. VH1 and Billboard honored the star by including her on their Top 100 Greatest Artists of All Time lists.

Sound good to you? Share this page on social media and let your friends know about On Your Feet at The Muny.