Sorry! You missed Guys & Dolls at The Muny 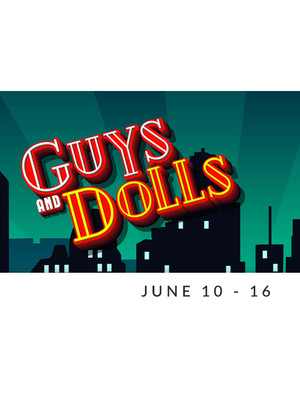 A rollicking revival of the bonafide Broadway classic Guys & Dolls!

Luck Be A Lady Tonight

For 101 years, the St. Louis Municipal Opera Theatre has delighted generations of theatregoers with effervescent local productions of beloved Broadway musicals. Heading into their 101st season with optimism, joy and a little old school razzle dazzle, the non profit theatre lovingly called The Muny kicks things off with their very own revival of the 1950 musical theatre classic Guys and Dolls, last performed on its hallowed stage 15 years ago!

When Detroit bets Masterson that he can't woo and eventually escort a 'doll' of his choosing for a whirlwind trip to Havana, Cuba, Masterson just can't say no. He finds himself in for a real challenge when Detroit chooses Evangelist and missionary Sarah Brown, but as they say, opposites attract and Masterson finds himself falling head over heels for this unlikely match.

Guys and Dolls was an odd choice for the first production of a re-vamped... more

Sound good to you? Share this page on social media and let your friends know about Guys & Dolls at The Muny.